The results put Reform leader Kaja Kallas in pole position to become the country’s first female prime minister, although she will have to tackle difficult negotiations to form a governing coalition. 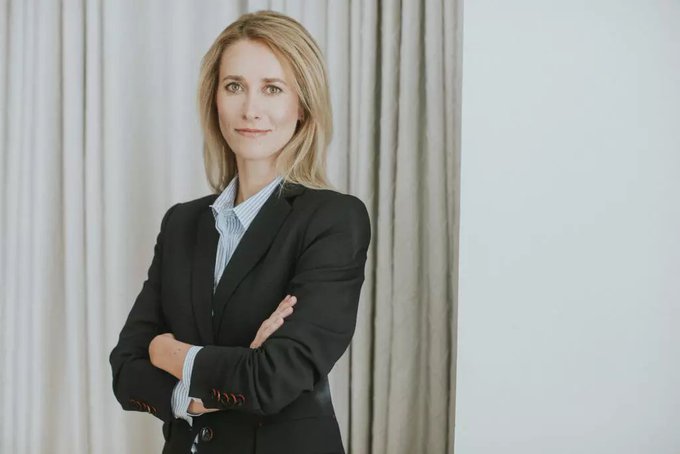 Most opinion polls since late last year had put the Centre party in front, although recent surveys indicated a tight race, with some suggesting pro-business Reform could pull ahead.

“I have to admit I prepared two speeches,” Kallas said near midnight speaking to a cheering crowd of her supporters. “Now starts the real work to form the government and start to govern this country more intelligently.”

Reform won 28.8% of the vote, giving it 34 seats in the new 101-seat parliament. Centre stood at 23.1% and the far-right EKRE at 17.8%, more than doubling its vote from the previous election, said the State Electoral Office.

Kallas, a 41-year-old lawyer and former MEP specialised in digital issues, took over as Reform leader less than a year ago. The party’s founders include her father, Siim Kallas, a former Estonian prime minister and EU commissioner.

Estonia’s president is due to nominate the candidate for prime minister in coming days, after which the nominee will begin negotiations to form a coalition as all parties fell well short of winning a majority.

Kallas looks likely to face a difficult task in hammering out a coalition government in the parliament where all other parties have ruled out governing with the eurosceptic nationalists of EKRE.

EKRE’s success could lead to a coalition of Estonia’s main rivals – Ratas’ traditionally pro-Russian Centre and pro-Western Reform – which have not governed together since 2003.

Estonians are voting in a general election, pitting the ruling Centre party against the liberal Reform party & a strong populist challenge.

Estonia to vote in tight election

Estonia’s centre-left coalition faces a strong challenge from the Reform party and from eurosceptics.

“Now it’s my duty and goal to work, for our party will be in the coalition,” Ratas told Reuters, while admitting defeat.

While both are fiscally conservative, Centre has been seeking to make the Baltic country’s tax system increasingly progressive along the lines of richer neighbours such as Finland, while Reform has championed business-friendly reforms and the flat tax that was long the hallmark of the Estonian economy.

Analysts said Kallas’ first option was likely a government with Fatherland and the Social Democrats – Reform’s smaller partners in the coalition that ran the country from 2015 to 2017 and will have 56 seats in the new parliament – but she did not rule out a tie-up with Centre either.

“We keep all the options open for a coalition,” she said.

Estonia enjoys strong economic growth and low unemployment, but regional differences in the country of just 1.3 million people are vast.

EKRE’s heartland consists of the counties farthest from the capital, Tallinn, areas where its promise to shake up politics resonated with many voters. A fiercely anti-immigrant message lifted its support during the European migration crisis in 2015 and it has held on to the gains since then.