Swedish courts had found «probable cause» on several occasions for Assange to be suspected of rape, prosecutor Eva-Marie Persson told reporters in Stockholm.

However a decision on filing charges had not yet been made, she emphasized.

«I would like to make the following very clear: my decision to re-open the preliminary investigation is not equivalent on whether or not to file an indictment with the courts.

This is the matter we’ll have to revisit,» Persson added.

Persson also said Assange has yet to be formally been notified of the rape accusation. The prosecutor explained that Sweden wants to conduct a new interview with the WikiLeaks founder and that investigators could travel to the UK, where Assange is currently incarcerated, if he does not consent to an interview via video link.
Assange is already facing a provisional extradition request from the US for one count of conspiring with former US Army intelligence analyst Chelsea Manning to access Defense Department computers in order to steal military secrets in 2010.
Proceedings through UK courts for that extradition request have been adjourned until May 30.
«In the event of a conflict between a European Arrest Warrant and a request for extradition from the US, UK authorities will decide on the order of priority,» Persson said. 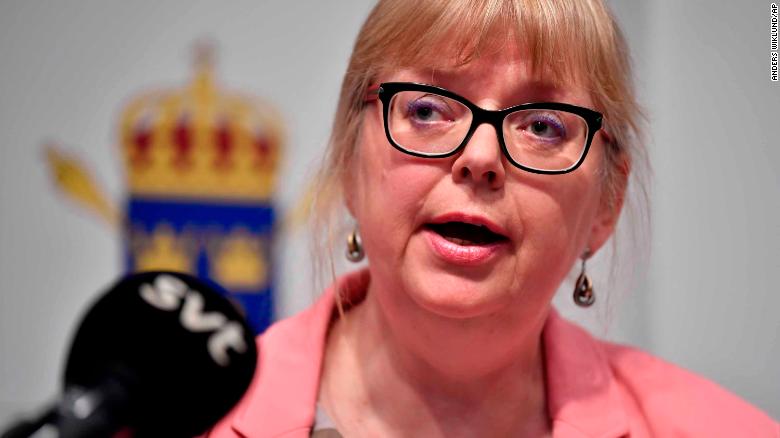 Following a years-long extradition battle, the UK Supreme Court ruled against him in 2012. Assange then sought asylum in Ecuador’s London embassy, saying he was fearful of onward extradition to the United States for his work with WikiLeaks. He would remain there for almost seven years until he was dramatically removed by British police last month. Assange has repeatedly denied any wrongdoing.
In August 2015, the statute of limitations on the claims of sexual assault lapsed. And two years later, Sweden shelved the probe into the rape allegation, saying there was no practical way it could be continued while he remained in the embassy. However, the country’s then director of public prosecution, Marianne Ny, said that if the situation changed, the decision could be reviewed.
That moment came on April 11 when British authorities were invited into the embassy and the now 47-year-old computer programmer was dragged from his diplomatic bolthole.
On the heels of his dramatic arrest, Elisabeth Massi Fritz, a lawyer for the woman who accused Assange of rape, tweeted that she and her client would renew their calls for the WikiLeaks founder to be brought to Sweden.
Under Swedish law, any charges related to the rape allegation must be made by August 2020.
To read the original post, click here.